It was a normal office day for me. I work as a Digital Marketing Analyst at a Growing Startup. I was looking at Search Console Data ( A typical job work for SEO), a notification popped up on my phone.

It was from Quora!

I was very happy to see that notification. My answers are providing value to readers. How satisfying that could be! I kept my phone aside and started doing my usual work.

Came the Next Day!

The Same Story. Again a Notification. This time it was better.

This time it was 1 Million People. I was bamboozled by the number. Started Counting Numbers as a baby would do. Confirmed it was 1 Million, lol. That ecstatic feeling, oh boy!

I felt really satisfied and happy that Quora Sent me this.

Let me not bore you now. Let me show you the next 3 notifications the three consecutive days later.

It was the top of the world feeling.

That day I decided to change my mind. I was about to write a book on Growth Hacking. I decided to write on Quora Marketing and help people leverage the same way I did.

So I thought why not create a value bomb book that teaches people how to do it the exact way I leveraged Quora. The decision was made on that day.

Breaking Down the Big Task

That Day when I Went Home. Made a Google Doc. I started Planning on how I would write the eBook.

I have read this line that hooked with me forever. Remember this line whenever you try to do something big.

If you want to achieve something big, Divide the Big Task into Small Tasks, Break the Small Tasks into Even Smaller Chunks. Execute Smaller Chunks. Move ahead. Join those smaller tasks and you will eventually achieve the big task!

That’s what I did!

Jotted down what all Chapters that I can write on. This is the same as Dividing the Big Task ( The Book) into Small Tasks ( Chapters). Now Broke down all Chapters ( Small Tasks ) into Detailed Points ( Smaller Chunks).

This is what I would recommend to anyone.

Here’s a screenshot of my Google Sheet where I have Broke down all the tasks.

This is how you can create too. The smaller you divide your big task, the easier it would look to you. It will give you more focus rather than thinking about how I will sell 5000 copies.

So I Started Writing without bothering. Now to give you some perspective, I also had a Day job along with this. This eBook was my side project. I wanted to complete it at any cost.

Every time I used to remember this Famous Quote, 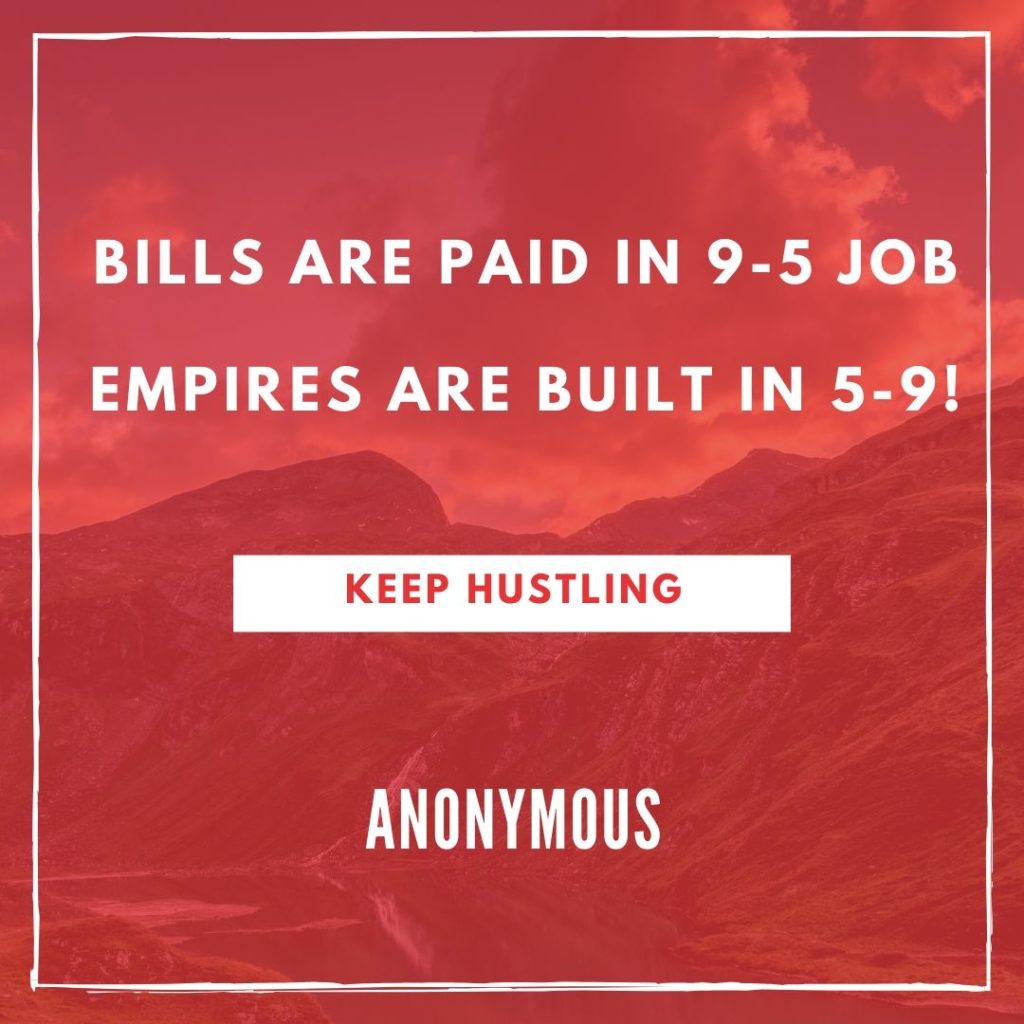 And another quote for some more inspiration,

It’s not what you do from 9-5 that matters the most but what you do from 5-9 when you come back home! Priorities! Some people will watch Netflix and chill. But if you want to achieve something, then you must bear the short term sacrifices for long term gains. This is what that will set you apart from others!

That was Instant Trigger!

I decided to write at least 2 hours daily and complete at least 3 pages. That was the promise I made.

I didn’t let that promise I made to myself down. It worked. I realized that If you set a promise for yourselves and work on it continuously, it eventually becomes a habit.

So I made a habit, that I would write for at least 2 hours and complete 3 pages daily. Even if I am not able to write 3 pages, I would write pointers ( ideas) for my next chapter, so that I wont waste that time.

And after nearly 30 days, I was able to complete nearly 17 Chapters with a word count of nearly 21,221. Remember, I did this while doing my day job. So I needed to be fresh while writing along and not let my low energy speak into the words I am writing.

My only focus while writing was, what are the pain points of my audience and how I am going to solve it.

That’s it! That was all I was thinking.

Made a Landing Page in Just a week. Launched it live. Got some testimonials for the initial boost. It was time to make an Ebook Cover.

Initially, I was planning to outsource it to professional designers on Fiverr and Upwork. But time was the constraint. I took the matter in my own hands.

Opened Canva, Made the cover by myself. Some say I did impressive work on the design, even I don’t have much hand on the design part. I don’t know, you be the judge. Anyways, I was glad to do it.

And finally after 30 days and 21,221 words later, I was able to finish my eBook on Quora Marketing.

Days later, on launch day I was able to get Rs.10k in sales on the very first day itself. My efforts were rewarded.

My Thoughts on How You Should Approach Big Tasks

You must have had some big projects in mind. The Big Task as I say it.

I would recommend you to not focus much on the Big Task. It looks weird, but its the truth.

Conquer those smaller chunks day in and day out. Eventually, you would be able to complete those chunks which in turn would help you achieve the big task as we say it.

I did it with the help of a Simple Google Sheet, Consistency, Habits, Not letting my mental energy down.

Often it is about your physical energy that affects your mental energy which makes you little demotivated or feel low.

I would suggest you take a quick walk or a small sleep to get that energy going. I am focusing on energy here because this is the only thing that will make you more excited and pumped up to achieve your project/big task.

So there you have it. I shared my little story with you and my approach to breaking down big tasks. I would love to hear your story and your side-projects that you are working on.

P.S:- If you want to check my book on Quora Marketing, you can get here.

Tejas is an Engineer Turned Marketer & Author of Quorific & SaaS SEO Guide. A T-Shaped Marketer with specialization in SEO. He is currently helping affiliates with Affiliate Corner. Follow him on Twitter as he shares his journey.