Have you ever thought about How Quora can affect your organic rankings?

No? Don’t worry. I am going to breakdown a detailed case study today.

In this article, I am going to share a special Case study on Quora on How a Quora Answer Helped my friend Chintan’s Blog Rank on Google on Multiple Keywords & Also getting him a lot of organic traffic.

One of my LinkedIn friends, Chintan Vyas ( Growth Hacker & Marketer) messaged me about this particular article that was getting him a lot of organic traffic from google with literally zero backlinks.

How did it happen? He shared his exact story & I will try to write it down here so that you can take away some value on Quora Marketing today.

Here is the Article Link.

Chintan wrote this article in April 2020 & forgot about it. Didn’t focused much on getting traffic, as he got busy with his other stuff.

He later went on to Quora & wrote a similar answer on the Question:- Which is the best laptop for digital marketing?

This was the question.

He wrote a detailed answer to this question. 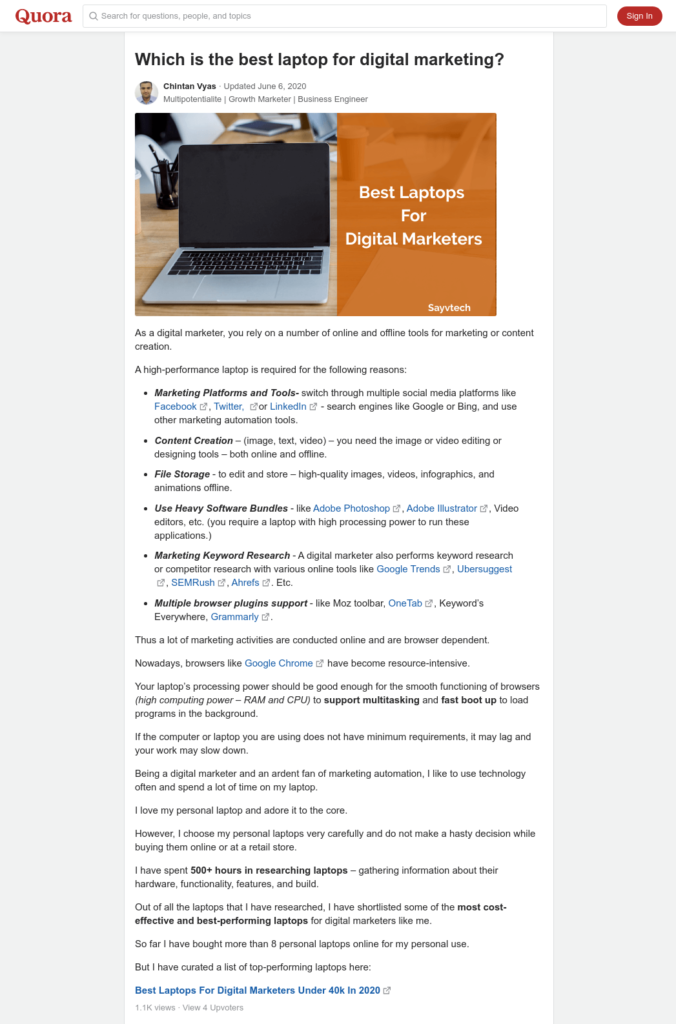 Notice how he first talks about what you should for into the laptop before buying.

He lists down all the things quite beautifully.

Then he personalizes the answer with his own experience.

And at the last, he links back to his blog.

He has got around 1100+ views but that is enough to get him traffic. Also mind you that, this answer is only 3 months old. 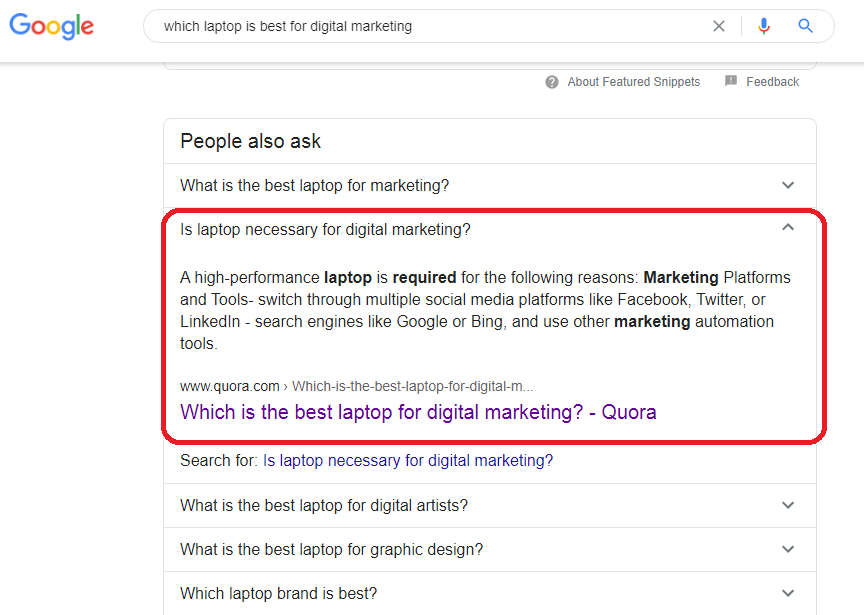 When Google Starts including such questions in this particular category, there’s whole lot of opportunities that get unlocked such as:

So whenever people clicked on the PAA section they were taken to his Quora Answer & later back to his blog because of the link he placed in his Answer.

Later, his article started ranking on Google on many keywords, roughly around 15+.

This article now also shows up in the Featured Snippet Section essentially getting him lot of traffic + high CTR. 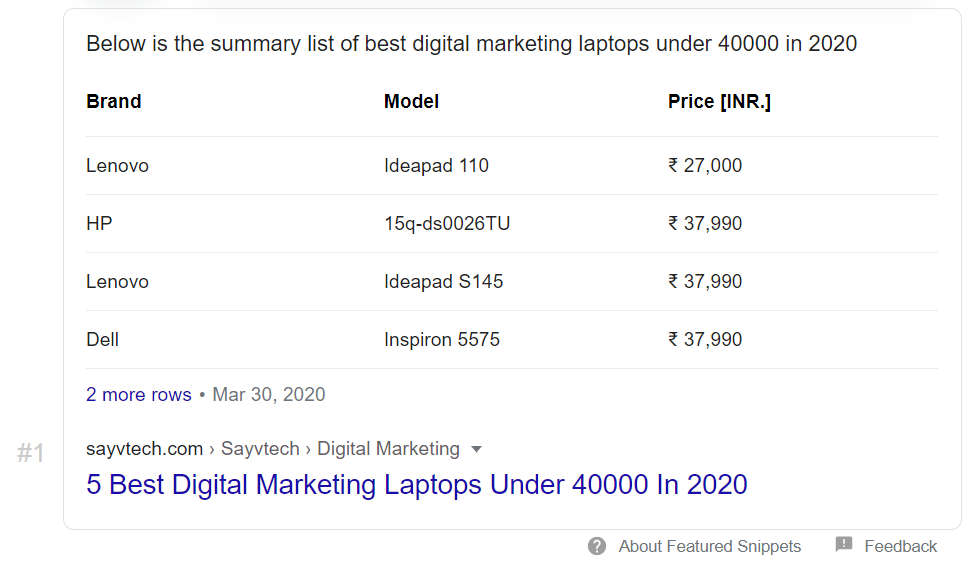 He also noticed that his positions for some keywords improved a lot after he started getting traffic, both from Quora + Organic Clicks Due to Google Including his Quora Ans in PAA ( People Also Ask Section) 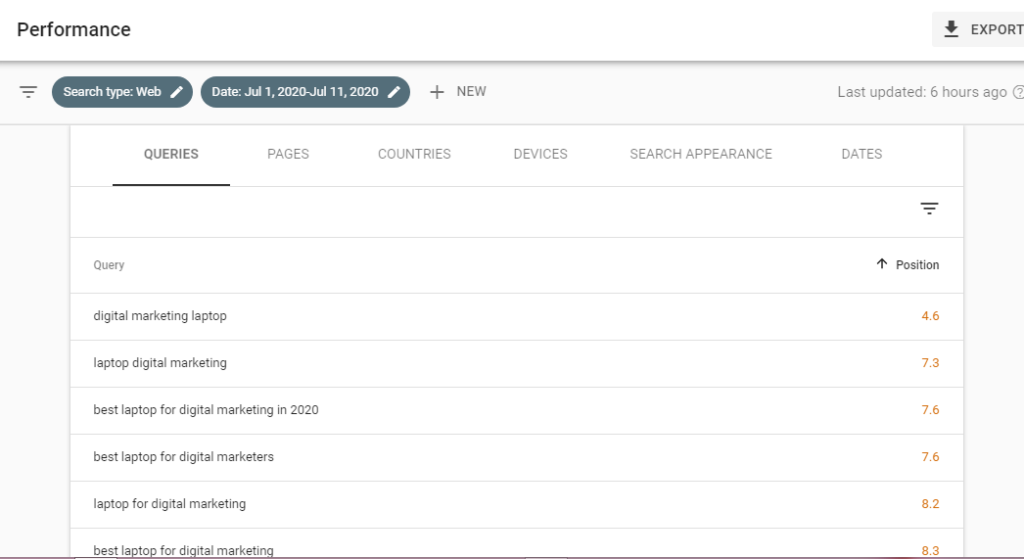 Check this screenshot where his blog starts ranking in Top 10.

He wrote this article in April & in Early May & June, Google started picking up & see the search console’s Impressions & Click growth thereafter. 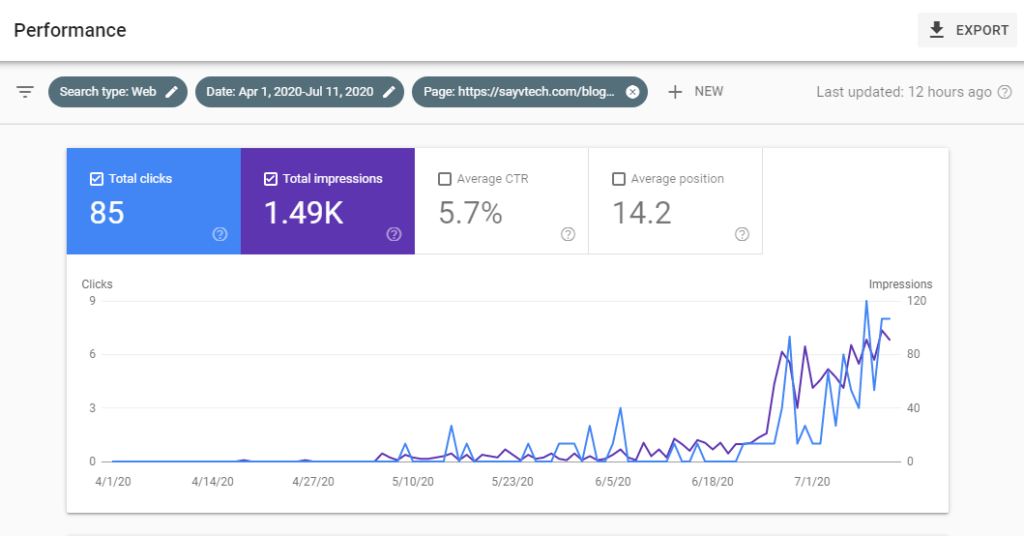 Now again mind you, this article had only On-Page Optimization (SEO), No Backlinks ( Apart from 1 Nofollow Link Back From Quora).

I don’t fully attribute ranking of this blog to Quora but a considerable amount of traffic + Google considering his Quora Answer into the People Also Ask Section contributed a lot for this ranking boost.

This is the Power of Leveraging Quora. This is what I want people to know about.

I have written everything on How to Leverage Quora in my Guide-> Quorific.

Quora is Powerful. If you are not leveraging Quora, you are missing such opportunities.

The question is, Are you going to Leverage Quora?

If you are serious about learning Quora, then don’t forget to check my guide on Quora Marketing. It has been liked by 100s of Marketers & Businesses alike.

I have broken down every single concept I know about Marketing on Quora. 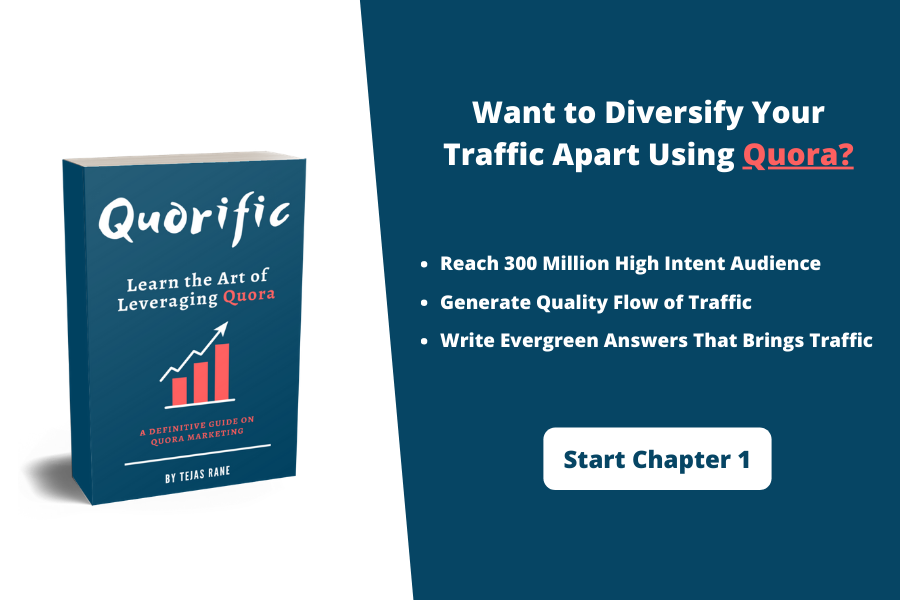 Thank you so much for taking the time to read this case study. I sincerely hope that you got some value out of this.

Do share this article who wants to know how impactful it can be to leverage Quora.

Until then, see you in my next article.

Tejas is an Engineer Turned Marketer & Author of Quorific & SaaS SEO Guide. A T-Shaped Marketer with specialization in SEO. He is currently helping affiliates with Affiliate Corner. Follow him on Twitter as he shares his journey.

7 Proven Ways You Can Promote Your Website + 1 Free Bonus Resource!

6 Reasons Why You Should Start Using Quora For Marketing!